The Pros & Cons of using Fluoride for a Sjögren’s patient

“The recent SSF Clinical Practice Guidelines for Caries Prevention mentioned fluoride treatment but I’ve heard it’s a neurotoxin and can have negative health effects. What are the pros and cons of using fluoride as a patient?” 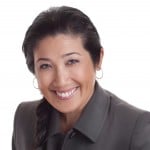 There are nuances to the statement that “fluoride is a neurotoxin,” which should be clarified. The statement should read, “fluoride is possibly a neurotoxin in the developing brain.” This statement is based on statistical studies using children living in non-industrialized areas with drinking water containing naturally occurring very, very, very high levels of fluoride. In fact, the fluoride levels were up to 10 to 16 times that which is allowed in drinking water in the United States. These studies suggested that the lower IQ’s found in these children were the result of neurotoxicity in the developing brain from ingesting high levels of fluoride. The average loss of IQ was approximately 6.75 points with a standard deviation of 15 points. Thus the average loss of IQ was actually within the measurement of error of IQ testing. It was generally acknowledged that each of these studies had deciencies including not mentioning if there were other contaminants in the ingested water (i.e., lead, arsenic, iodine, or other chemicals), which could also affect the developing brain. It is important to remember that most ingested substances can be TOXIC if ingested in excessive quantities over a specified amount of time.

My statistics professor would also stress, “correlation does not imply causation.” Just because drinking water with very high fluoride levels is correlated with a drop in IQ, it does not mean that drinking the heavily fluoridated water actually caused the shift in IQ and thus neurotoxicity. There are many examples, but consider the case of hormone replacement therapy (HRT) being shown to be correlated with a decrease in coronary artery disease (CAD). Further trials showed that HRT actually increased CAD! Reanalysis of the data suggested that it was actually a healthier diet and lifestyle that was reducing the CAD, not HRT. Whether fluoride actually causes neurotoxicity as measured by IQ has not been well defined.

It is important to note that the Sjögren’s Syndrome Foundation (SSF) recommendation for caries prevention suggests the use of a topical fluoride. A topical application of fluoride results in little to no measurable fluoride in the blood. The fluoride is not directly ingested. Consequently, it would not be possible for a topical fluoride, applied as directed, to result in consistently high levels of fluoride within the body to cause toxicity. In addition, the majority of Sjögren’s individuals are considered to have mature brains. That means they are not susceptible to any potentially neurotoxic effects resulting in a loss of IQ points. There are no cons to the use of topical fluoride in an individual who is highly susceptible to caries because of low salivary flow. The pro to the use of topical fluoride is that it can inhibit and even reverse the dental caries process. Fluoride works. And this statement is supported by close to a century of research and scrutiny.