10 Lessons From A Great Teacher

Most of us have memories of a teacher who influenced our lives. I certainly do.  But my greatest teacher has been chronic inflammatory autoimmune disease. Obviously, I use the word great here not as in “wonderful” but as in “of extraordinary importance and weight.” 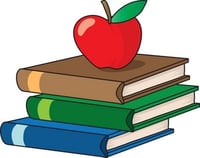 A few years ago a young woman approached me after a talk I gave about living with chronic disease for my entire life (well, from twelve forward, so close enough). She wanted to know precisely what I meant when I said: At the end of it all, it really hasn’t been all bad.

Understandably, she wanted to know what wasn’t all bad about always being unwell.  She had been recently diagnosed with Lupus and saw the life she had known and valued disappearing. She was overwhelmed by the unknown and confused by conflicting medical opinions about treatment options. I said a few things, likely not useful, but her question stuck with me.  Precisely what do I mean when I say that?

During virtually all of last year I was sidelined from doing almost anything as I went from one autoimmune crisis to the next.  The only thing I could do consistently was to let my mind spin out of control, which often took me to destructive destinations.  That young woman kept appearing in my daydreams.  If I were to offer anything useful to others who live on this planet of chronic illness, I had better come up with something to back up the platitude. At first I thought the deeper meaning was that I pay more attention to the things that count in life, and less to those that don’t.  But many of us do that, whether we’re ill or not.  I spent some time thinking about how to fashion a life of illness into a life of lessons.  Here is how illness itself became a great teacher to me, and the ten lessons I took from it.

1. How to Hold Your Tongue

People often say ridiculous things, especially to the sick.  I’ve heard my share, and I’ll bet most of you have as well. Sometimes it’s hurtful -- sometimes strangely amusing.  I’ve learned not to take up every verbal challenge, not to inform others how wrong they are.   There are those who are filled with bewildering misinformation but persistently engage in arrogant advice giving. I have dropped acquaintances or friends who could not find their way to compassion or understanding. Most of the time, I decide a solid friendship is worth preserving. I can usually separate thoughtlessness from cruelty. I also learned that the childhood rhyme: sticks and stones can break my bones, my words will never hurt me is a lie. Words can wound. Chronic disease has taught me to hold my tongue, still I use this phrase frequently (without hostility): Ouch! What you just said really hurt.

2. How to Be With Yourself

… And not by yourself.   When we women walk into most restaurants on our own (other than diners or fast food chains) we’re usually asked: “Will you be dining alone tonight?” Or, the even more grating: “Only one tonight?” I often dine solo for many reasons, but I’m not alone: I’m with myself.  It is crucial for those of us with chronic disease to cultivate strong friendships – with ourselves. To be with yourself in your own company is essential to a feeling of independence and empowerment. There are times when a flare doesn’t make me that great a companion – except to myself!  Loneliness is not healthy, but solitude can refuel your soul.

3. How to Need Without Becoming Needy

I’ve been unwell for so long I could write an entire book about how people have left me.  Chronic illness wears friends down, repels spouses and lovers, exhausts friendships and fragments intimacy.  But this doesn’t mean we’re not entitled to ask for help.  Be brave enough to say you need some assistance and strong enough to accept it if the person can’t or won’t come up with it. You are not a failure. You are not pathetic. There are people who can and will assist us.  Keep your needs in perspective and in balance.

First, forgive yourself. With chronic disease, we are not always reliable.  We make plans and then cancel.  We try to do a good job at work, as a parent, as a spouse, but it doesn’t always stack up to an A+. Don’t berate yourself.  We’ve done the best we could and we can keep trying to improve. Keep in mind that days ahead may not be as awful as the ones where we couldn’t go through with a project or a commitment.

Second, forgive others who let us down. Promises are words of good intentions.  Sometimes they are not fulfilled, but everyone deserves a second, third, and perhaps even a fourth chance.  Remember that even the well and able-bodied can become overwhelmed.

Illness has taught me to listen carefully to physicians as they are speaking rather than anticipating what they are going to say next. A wise doctor told me: All facts are friendly. He didn’t mean that all medical facts were pleasant or joyful, but that information is power.  You can’t make a decision about what to do, or not do, or what to ask of another doctor if you’ve not bothered to take in what has been already given to you. There are times when we want to interrupt doctors; we have so many questions and they have such limited time.  But letting doctors have their say too is the best first step to establishing patient-doctor dialogue.  Don’t make assumptions until you’ve had time to digest and consider.

6. How to Challenge Authority

Doctors have high status in our culture.  Even if you’re a person with a distinguished title or career, the power of doctors trumps most of us.  Sometimes a doctor is wrong about what’s best for you, or what you can manage at a particular time. There’s a way to challenge a medical authority without blowing up the relationship.  This is best done after you’ve had some time to formulate questions and your concerns.  Doctor-patient relationships are similar to all other important ones and anger and accusation virtually never take us to a healthy place.

… And again.  I’m not sure there’s a better teacher of resilience than chronic disease.  I have often wanted to give up, to spend my time whining, to shift my gear into the “stall and wallow mode”.  But I haven’t because life is out there asking us to challenge it -- and our diseases -- urging us to get up and get going to progress in our own fashion. Face the reality of your disease but just as strongly acknowledge you are still equipped to keep attempting the all but impossible.  In the words of Samuel Beckett: Try Again. Fail Again.  Fail Better.

Well or unwell, if we don’t have hope we’re doomed.  Discouragement and chronic disease are best friends to each other. I’ve become almost euphoric at the prospect of a new drug or a respite from flares, and then fallen quickly into a ditch of despair when the drug doesn’t work or when it makes me sicker, or when the containment of disease is short.  For those who have spiritual faith, the job might be easier, because faith is said to fuel hope.  But you don’t have to profess a particular religious belief in order to hope. Hope means the belief in a better moment, a better cycle, a better result.

Hope is the glue of survival.

9. How to Endure Loss

I have endured loss by embracing it.  It’s not for everyone, but I think it’s worth a try.  Face the reality of what’s gone and can’t be retrieved – a relationship, a job or career, financial security, an independent lifestyle – for many of us it’s a long list.  Remember all that was given to you when you had these things or persons in your life. Find a place within your awareness where they can still reside, undisturbed.  But at the same time do not long for a return of what can’t be reclaimed.  Find new things to claim and new ways to enrich your life.  When my mother was very old (over 90) she could no longer walk in her garden, but she could see it from her window and would recall the days when she worked in it. Undoubtedly she missed those days, but kept her garden by finding a new way of being with it.

10. How to Embrace the Unknowable Future

Here we’re not different from anyone else.  Nobody can predict the future. As an unwell woman, I’ve been particularly anxious about my future.  Where will my disease choose to go next?  What will be my further limitations?  What if the drugs don’t work at all?  What if I run out of resources? And on and on and on.  But we’re all in this lifeboat together. Particularly as we get older the worries increase about how to navigate illness.  If we’ve been sick from childhood, we feel prematurely old.  It’s good to step back and take in the moment of living as it is, and to understand that we can only find our way to the next moment in our life and then the next, and the next. We can’t figure it all out at once.

This article was first published in The Moisture Seekers, SSF's member newsletter.

Alida Brill is a writer in New York City.  She has atypical Granulomatosis with Polyangiitis (formerly known as Wegener’s). Her last book, Dancing At the River’s Edge:  A Patient and her Doctor Negotiate Life With Chronic Illness, (Schaffner Press) is a dual-memoir written with her long-time doctor, Michael Lockshin, M.D. She is an activist and advocate for girls and women with autoimmune disease. She is currently at work on a new book, Dear Princess Grace, Dear Betty: The Memoir of a Romantic Feminist, scheduled for publication by Schaffner Press in Winter 2016.