Sjögren’s is a systemic autoimmune disease often characterized by dryness of the eyes and mouth and accompanied by chronic fatigue and musculoskeletal pain. Over half of Sjögren’s patients experience systemic symptoms, some of which can involve the nervous system. One of the most common symptoms involving the nervous system is headache. Headaches are a common complaint in healthy people who do not have an autoimmune disease. Some of the most common types of headaches include tension type headaches, migraines (with and without aura), and cluster headaches. Headaches are common in Sjögren’s, estimated to occur in roughly 50 to 75% of patients. 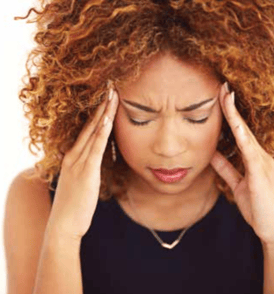 Many Sjögren’s patients may wonder whether or not their underlying autoimmune disease is causing the headaches. Although the answer to this question is largely unknown, some research comparing Sjögren’s patients with healthy controls show that tension-type headaches and migraine headaches, the most common headache subtypes found in Sjögren’s, are more common in those with Sjögren’s than in the general population. Other data demonstrate headaches are more severe in those with Sjögren’s than in those of the general population with depression as a significant influence on headache severity.

In general, treatment for routine headaches is the same in those with Sjögren’s as it is for anyone else including medications such as acetaminophen or ibuprofen. Treatment for aseptic meningitis may also involve glucocorticoids such as prednisone. For those Sjögren’s who suffer from headaches, it is important to discuss this symptom with the primary care practitioner and rheumatologist to see if further evaluation is warranted.