Ask the Expert: Light sensitivity and headaches with Sjögren's 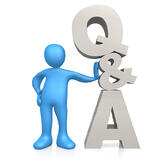 “I’ve been experiencing light sensitivity and have been getting more headaches. Is this common with Sjögren’s?”

Most people who have Sjögren’s will have dry eyes, also called keratoconjunctivitis sicca. Sensitivity to light (also known as photophobia) is one of the common symptoms experienced by people who have dry eyes, though not everyone with dry eyes experiences light sensitivity. However, dry eyes alone do not commonly cause headaches. The most common cause of light sensitivity and headaches would be migraine headaches. If your headaches are primarily located on one side of the head, then there is a good chance that this problem could be related to migraine rather than to dry eyes. Migraine headaches are also often associated with nausea, sound sensitivity, and typically get worse with physical activity. If these apply to your headaches, then you should ask your doctor if you may have migraine headaches, which require treatment different than that used for Sjögren’s dry eyes.

If your headaches primarily occur after comput- er work, then the possibility of “Digital Eye Strain” should be considered. The American Optometric Association (AOA) also calls this “Computer Vision Syndrome.” Having poor ergonomics and posture while performing prolonged computer work can cause strain on the joints and muscles of the head, neck, and shoulders which can, in turn, lead to muscle tension headaches. Dry eyes also typically worsen during computer work. While concentrating on computer work, blinking is reduced by a third or more, resulting in increased evaporation of the moisture covering our eyes. Common symptoms of Computer Vision Syndrome include headaches, blurred vision, dry eyes, eyestrain, and neck and shoulder pain. Both the AOA and the American Academy of Ophthalmology recommend abiding by the 20-20-20 rule: take a 20-second break every 20 minutes during computer work to view something 20 feet away to help minimize this problem. Other things you should do while performing computer work include concentrating on blinking more often, using artificial tears frequently, using an anti-glare computer screen protector, using a desk humidifier, and positioning your computer screen so that the center is 4-5 inches below eye level.

Some patients who have Sjögren’s can have other problems with their eyes that can cause light sensitivity but are much less common than dry eye. Inflammation of the white portion of the eye (the sclera) is called scleritis, and inflammation of the colored portion of the eye (the iris) is called iritis (or anterior uveitis). Both of these cause light sensitivity and usually cause the sclera to become red or pink, causing eye pain rather than a true headache. These two conditions are also treated differently than dry eyes.

The best person to sort out these possibilities is an eye doctor, either an ophthalmologist (a medical doctor, MD; or a doctor of osteopathy, DO) or an optometrist (optometry doctor, OD). If you have been diligent with treating your dry eyes with artificial tears every few hours, using a humidifier, not smoking, staying hydrated, etc. and the light sensitivity and headaches continue, I would recommend that you call and see your eye doctor as soon as possible for appropriate evaluation. The correct treatment depends upon identifying the actual cause of your symptoms.

By Donald Thomas, MD
This information was first printed in The Moisture Seekers, SSF's patient
newsletter for members.

Skin rashes most certainly occur in the setting of Sjögren’s. As opposed to many of the other autoimmune skin rashes that I see in my autoimmune dermatology clinic, there are no rashes that are specific for Sjögren’s. In other words, I cannot look at a rash in a Sjögren’s patient and immediately tell them that they have Sjögren’s. In comparison, I can often look at a lupus rash and tell the patient they have underlying lupus. That being said, Sjögren’s patients exhibit a variety of skin rashes that are important to recognize and know when to see a board-certified dermatologist.

By and far the most common skin conditions associated with Sjögren’s are xerosis, or clinically dry skin, and eczematous dermatitis. These are caused primarily by barrier dysfunction of the skin. Gentle skin care practices and liberal moisturizers are the best way to prevent these common skin eruptions. When caring for your skin you should take no more than one short, lukewarm shower per day. You should remain in the shower for less than 10 minutes. Soaps like Dove sensitive and VanicreamTM, can be utilized as they will not strip your skin. If a wash cloth is used while bathing, it should be limited to areas that give off body odor like the armpits, genital, and buttock areas, in order to not disrupt the skin barrier. Immediately after getting out of the shower, you should pat dry and then apply a moisturizer. Ointments are the best moisturizers followed by creams. Lotions are not typically moisturizing enough for patients with Sjögren’s. The best ointments are Vaseline® or Aquaphor®. If an ointment is too greasy for your taste, cream moisturizers like CeraVe®, VanicreamTM, Eucerin®, or Aveeno®can be used. For itchy skin, Sarna Original lotion can give immediate relief especially when stored in the refrigerator. If scaly, dry skin is present, utilizing moisturizers with lactic acid, urea, or salicylic acid can be used. Examples include: AmLactin®, CeraVe® SA, and Eucerin® Roughness Relief. If your rash is not responding to moisturizers and gentle skin care practices, a prescription corticosteroid cream or a steroid-sparing anti-inflammatory cream may need to be prescribed by your physician.

If you develop a purple-to-red rash that does not lighten, or blanch, with pressure, ulcerations of the skin, or a purple net pattern on your skin, this should prompt you to see a dermatologist for evaluation. Rashes that are associated with purpura (blood spots) can represent vasculitis, an inflammation of the blood vessels. Although these rashes are not as common as the ones discussed above, they are important to recognize in Sjögren’s patients and should be seen quickly by a dermatologist.

Ask the Doctor: Sjogren’s and the Benefits of Vitamin D

Q. I keep reading about the use of vitamin D with autoimmune diseases. How important is it for Sjögren’s patients?

A. Vitamin D is important in bone and cartilage homeostasis. New evidence indicates that vitamin D may have extraskeletal benefits on several systems including the immune system. Autoimmune diseases such as systemic lupus (SLE), and Sjögren’s have been associated in a few studies with low vitamin D levels. However, the significance of low vitamin D levels in disease pathogenesis and prevention is unclear.

What are the sources of vitamin D? Vitamin D has two precursors, Vitamin D2 (ergocalciferol) and Vitamin D3 (cholecalciferol). Vitamin D3 is synthesized mainly in the skin by the action of ultraviolet light. Vitamins D2 and D3 are found in very few dietary sources, such as fish oils or fortified dairy products, as well as supplements.

Recommendations regarding desirable levels are based upon evidence related to bone health. Some controversy exists, but experts such as the International Osteoporosis Foundation suggest that a minimum level of 30 ng/mL is necessary to decrease the risk of falls and fracture.

In Sjögren’s, few small trials have been performed to assess the prevalence of low vitamin D levels and the association with disease severity. No conclusive data has been assembled to indicate that subjects with Sjögren’s have lower vitamin D levels than healthy subjects, or to suggest a pathogenic relationship between lack of vitamin D and development of disease.

Patients with Sjögren’s can be prone to vitamin D deficiency. Photosensitivity, where exposure to ultraviolet light triggers a rash is prevented by avoiding exposure to sunlight, could contribute to lower levels of vitamin D. Furthermore, certain medications may aggravate vitamin D deficiency. Chronic corticosteroid and hydroxychloroquine use are suspected to affect vitamin D concentration and activity respectively.

In summary, although there are no guidelines regarding optimal vitamin D levels for extraskeletal and immune system health, it would be reasonable to recommend that patients be screened for vitamin D deficiency and treated with supplementation. The American College of Rheumatology recommends a daily intake of 800–1000 IU per day of vitamin D in patients on treatment with steroids.

This information was first printed in the The Moisture Seeker, SSF's patient newsletter for members.