As with any year-end non-profit donation, the age-old questions still exist - “where do my donations go?” and “what impact will they make?”  As CEO of the Sjögren's Syndrome Foundation (SSF), I take great pride in being able to answer those questions by sharing with you the many accomplishments that have been achieved by the SSF thanks to the generosity of our donors.

This year, I am excited that we have, once again, seen amazing progress made in the fight against Sjögren’s.  Just this past month, as you may have heard, Oklahoma Medical Research Foundation completed the first genome-wide study of Sjögren’s where six Sjögren’s genes were identified.  This is the first-time that potential genes have been connected to Sjögren’s and surely gives hope for future researchers to investigate causes, progressions and treatments at the Sjögren’s genetic level. Most exciting, is that this research was completed by two SSF Research Grantees, Dr. Kathy Moser Sivils and Dr. Christopher Lessard.  Their research grants were funded by your generous contributions to the SSF and, once again, show that your donations are having a direct impact on Sjögren’s research and, specifically, this big breakthrough in Sjögren's.

That is why I appeal to you today to renew your support with a generous tax-deductible year-end gift.  Your support will allow the SSF to continue funding life-changing Sjögren’s research while also helping to further the SSF’s efforts to better the lives of those living with Sjögren's.

I also am proud to share a few additional milestones achieved this past year thanks to your support.  The SSF:

These are just a few of the things we accomplished in 2013 and, as you can see, your donations truly are impacting our efforts and the lives of Sjögren's patients. We are truly grateful to have such dedicated members, volunteers, event participants and donors that serve as the driving force behind all we do.  I ask you to consider making a year-end gift so we can continue our efforts for all Sjögren’s patients in 2014 and beyond. Thank you in advance for your support and generosity and I wish you and your family a happy and healthy New Year.

Venus Williams Opens Up about Living with Sjogren's

Learning what your new “normal” is when living with Sjögren’s can be a very difficult but an important process.  Take a tip from Venus Williams about understanding what your body needs and never giving up. 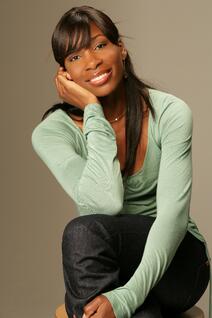 A year after carrying the Olympic torch through the streets of London on World Sjögren’s Day, July 23, Venus once again stood up for all patients by appearing on Katie Couric’s daytime TV show "Katie" yesterday and discussed how she’s had to adjust her life in order to effectively manage her symptoms.  When talking about her recent withdrawal from Wimbledon due to injury, Venus said “I have to be careful of how much I do now” and explained that it takes her more time to recover and that’s something she has to be ok with.

Early diagnosis and treatment are important for preventing complications with Sjögren’s. Unfortunately, reaching a diagnosis is often difficult and has been found to take an average of over 4.7, which is why in 2012 the SSF launched a 5-Year Breakthrough Goal:

Venus opened up to Katie about her struggle with being diagnosed saying, "When you’re so tired it’s hard to explain but the quality of your life goes down. I’d go to the doctor and say I don’t feel good and they didn’t know why.”

After enthusiastically shooting down rumors about retiring, Venus added that she sees the present as her chance to get better and finally understand why she didn’t feel well before being diagnosed.  Venus shows her courage by sharing her story as a way to help other patients. That is why the Foundation is thrilled to have her as the Honorary Chairperson of our Carroll Petrie Foundation Sjögren’s Awareness Ambassador Program.

We hope Venus inspires you to talk more about Sjögren’s in your life and take control of your health by joining as an SSF member to receive our monthly educational newsletter The Moisture Seekers and add your voice to our fight against Sjögren’s.  Help us change the face of Sjögren’s and help all patients receive the care needed! Awareness Ambassadors are on the front line for helping the Foundation achieve our 5-Year Breakthrough Goal! Our goal: “To shorten the time to diagnose Sjögren’s by 50% in 5 years,” will only e achieved by volunteers helping to educate their community and local medical professionals about Sjögren’s and its various manifestations.

Only when Sjögren’s is recognized as a serious disease will patients receive the care needed.

“By becoming an Awareness Ambassador, you will be helping to increase awareness of Sjögren’s – a very important cause I have been working on since I was diagnosed in 2011.  Please join with me as we make a difference in how Sjögren’s is perceived in both the medical field and general public.” – Venus Williams

Help make a difference in your community and join Venus by becoming a Sjögren’s Awareness Ambassador!

Over four million Americans are estimated to have Sjögren's, yet fewer than one million have been diagnosed. Your voice will help us make Sjögren’s a household name! To learn more about becoming an Ambassador, please contact Kathy Ivory by phone at 800-475-6473, extension 213 or by email at kivory@sjogrens.org.

The SSF also wants to recognize The Carroll Petrie Foundation whose generous grant, supporting the Awareness Ambassador program, will allow us to provide the materials and support needed to increase awareness in communities across the United States.

On July 23rd, 2012 the Sjögren’s Syndrome Foundation joined with other Sjögren’s groups around the world to celebrate World Sjögren’s DayWorld Sjögren’s Day and got a BIG boost from Venus Williams, professional tennis player and Olympic Gold Medalist as well as fellow Sjogren’s patient.

A year after helping to increase awareness for Sjogren’s when she publicly announced her diagnosis, Venus once again stood up for Sjögren’s awareness when she carried the Olympic torch through the streets of London on, what more appropriate day, World Sjögren’s Day. (July 23rd)

“Today was an amazing day. I carried the Olympic flame right through Wimbledon! I truly felt the Olympic spirit, participation, giving your best and bringing people together no matter what their background of differences. This Olympics is very special to me having battled through an auto immune disease in the last year. It was my dream come true to qualify for the Olympics. To carry the torch today on World Sjögren’s day was so fitting. My run with the flame today represented triumph for everyone battling an auto immune disease. I'm planning on enjoying every day at the Olympics, I won't take even one for granted!”

As you know, World Sjögren’s Day commemorates the birthday of Henrik Sjögren, who first identified Sjögren’s in 1933. This past summer, we asked members and supporters to use World Sjögren’s Day as a reason to talk about Sjögren’s. Initially, sharing can be a scary thought but you will never know what support is out there if you don’t. Awareness can be reached one person at a time and we encourage everyone to find reasons in your own life to talk about Sjögren’s.

Venus went on to win the Women’s Doubles Olympic Tennis Gold Medal with her sister, Serena Williams. The Foundation wants to not only thank Venus for stepping up for Sjögren’s awareness but also for being inspiration to all Sjögren’s patients.